Newfoundland and Labrador became the 10th province of Canada in 1949. The first use of the name Newfoundland was in 1497, in an English registry recording the discovery of Terra Nova or the “new found land.”. While many Europeans saw or visited Newfoundland, it was John Cabot while sailing for Henry VII in 1497 who garnered mudch interest in the are with his reports that spoke of “the sea swarming with fish, which can be taken not only with the net, but in baskets let down with a stone.” Thus began the great years of fishing when vast fleets from England and France sailed and fished the waters of Newfoundland. The decision to become part of Canada took many years and two public referendums. Today, St. John’s is an interesting seaport as well as the capital of the province.

We arrived in St. John’s at 5PM on Tuesday the 14th. The sail-in was very nice and the weather looked promising. Kay and I planned to go ashore for dinner on George Street, a shore pedestrian street well known for its many clubs, pubs and restaurants. Unfortunately shortly after we docked it clouded and began to rain quite hard. As a result we elected to stay onboard for dinner. The weather cleared during dinner and we ventured out to explore the city. Along with Janet and Carl, we made our way to George Street and found an outside table at an Irish Pub “O’Reilly’s”. They provided excellent entertainment by way of an Irish folk singer and excellent local beer. While there we were joined by our new friends Donna and Rex from Texas. We spent a very pleasant evening downing a couple of pints of the local stout.

Wednesday morning we had an early (7:30) excursion. Although it was rainy and foggy the excursion was excellent. We traveled to Signal Hill, then toured downtown and finally made our way to Cape Spear, the eastern most point of North America. The photo opportunities were not what I would have liked, but with the weather you take what you can get.

Signal Hill is Canada’s second largest national historic site and offers a spectacular view of St. John’s, its harbor and the adjacent coastline. Cabot Tower, built in 1897 at the summit, commemorates the 0th anniversary of John Cabot’s Newfoundland discovery. This is where Guglielmo Marconi received the first transatlantic wireless signal on December 12, 1901. Amazing how far we have come in only 111 years! It is also noted as the last North American landmark Charles Lindberg sighted during his solo flight to Paris in 1927.

While in the city, we visited the beautiful Basilica Cathedral of St. John the Baptist and had an opportunity to see the beautiful “jelly bean” colored homes along Gower Street.

As usual for this blog, I will post photos will little commentary due to the formatting difficulties I have been having. Enjoy.

Cabot Tower on Signal Hill during the sail-in

Just a prelude to the colorful city of St. John’s

The “narrows” taken from Signal Hill. This passage of just over 500 feet wide makes the harbor an extremely protected haven for ships

The Maasdam in the distance

Basilica of St. John the Baptist 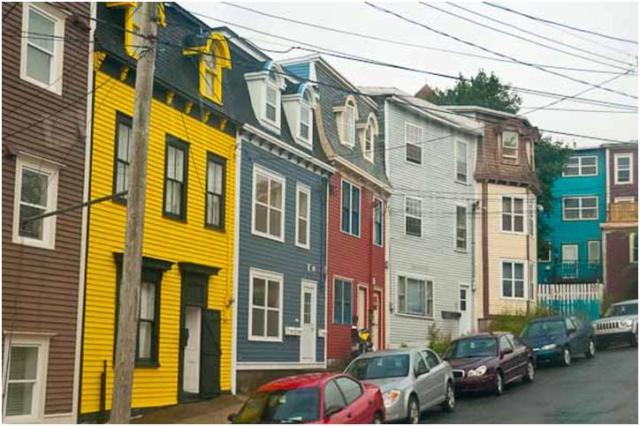 The eastern-most point of North America 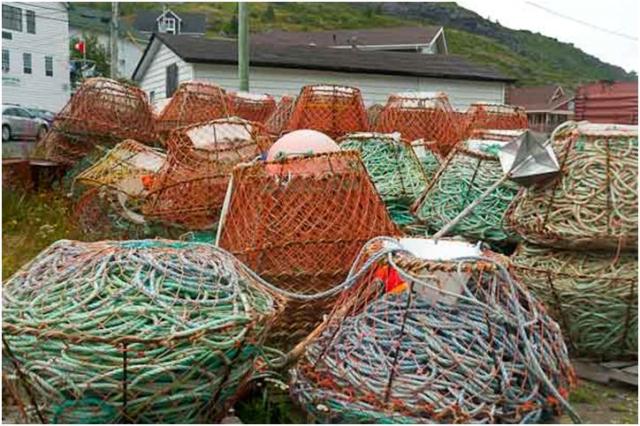 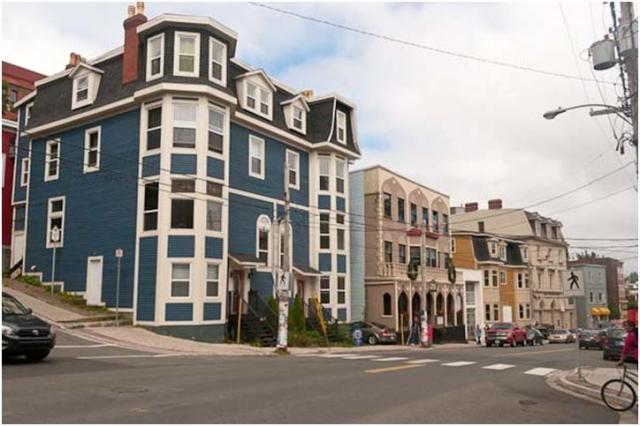 This is one of the Newfoundland Constables who was horseback. This officer like everyone we met in St. John’s was incredibly friendly. You could feel the locals here weren’t just being nice hoping to get an Yankee dollar or two. Everyone was genuinely interested in you and hearing your story as well as sharing their story with you. St. John’s is one of those places I would certainly enjoy returning to and spending more time.

This entry was posted in Uncategorized. Bookmark the permalink.